High Precision Parts for a Huge Range of Projects

HomeNewsNewsHigh Precision Parts for a Huge Range of Projects 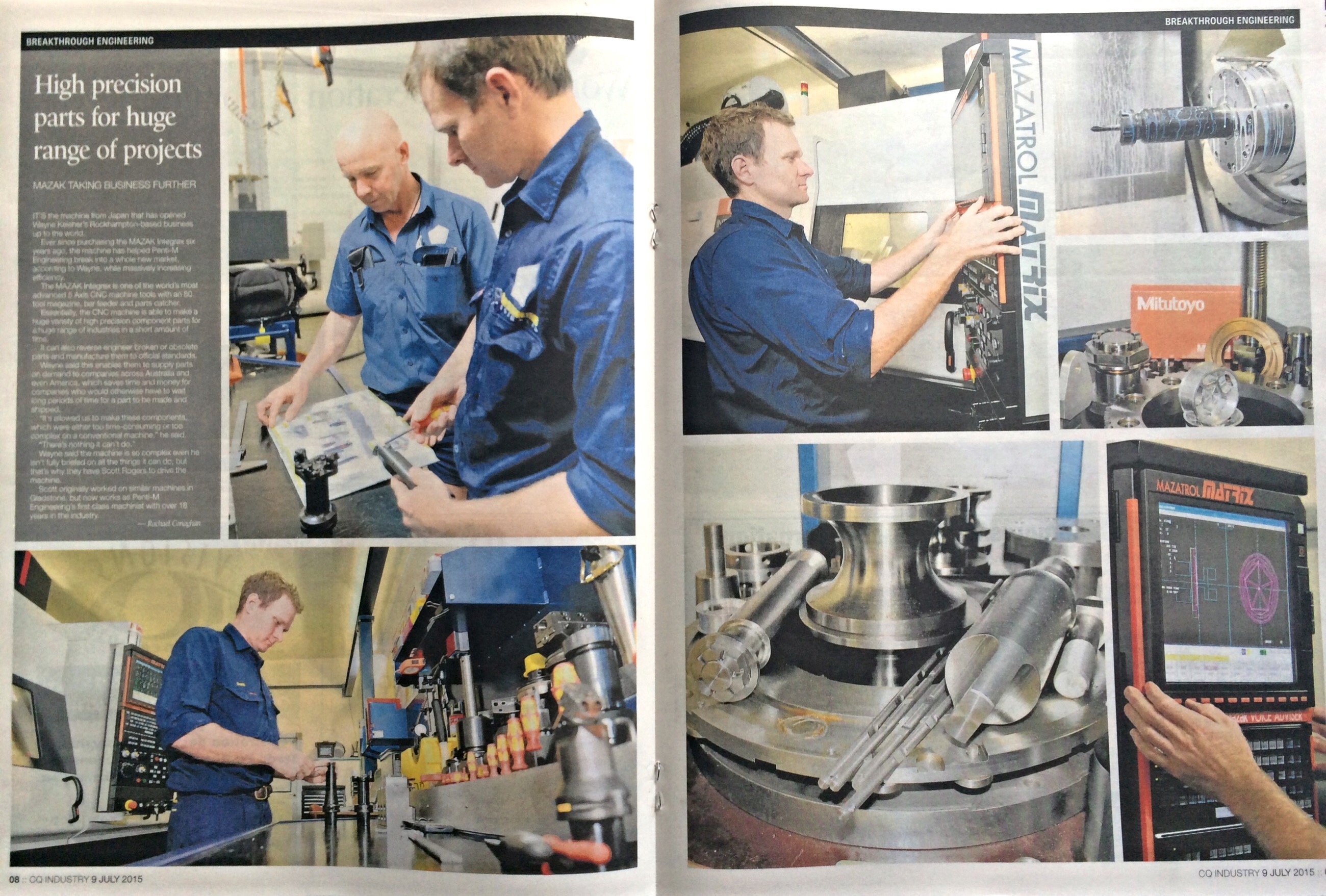 High Precision Parts for a Huge Range of Projects

It’s the machine from Japan that has opened Wayne Keleher’s Rockhampton based business up to the world.

Ever since purchasing the MAZAK Integrex six years ago, the machine has helped Penti-M Engineering break into a whole new market, according to Wayne, while massively increasing efficiency.

The MAZAK Integrex is one of the world’s most advanced 5 Axis CNC machine tools with an 80 tool magazine, bar feeder and parts catcher. Essentially, the CNC machine is able to make a huge variety of high precision component parts for a huge range of industries in a short amount of time.

It can also reverse engineer broken or obsolete parts and manufacture them to official standards. Wayne said this enables them to supply parts on demand to companies across Australia and even America, which saves time and money for companies who would otherwise have to wait long periods of time for a part to be made and shipped.

“It’s allowed us to make these components, which were either too time-consuming or too complex on a conventional machine,” he said. “There’s nothing it can’t do.”

Wayne said the machine is so complex even he isn’t fully briefed on all the things it can do, but that’s why they have Scott Rogers to drive the machine.

Scott originally worked on similar machines in Gladstone, but now works as Penti-M Engineering’s first class machinist with over 18 years in the industry.

Published in the July 2015 edition of CQ Industry by Rachael Conaghan.